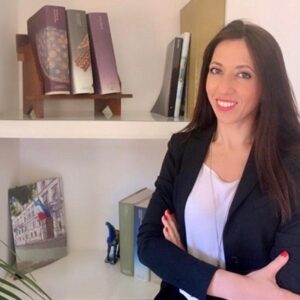 A civil attorney, she has significant experience in the fields of labour, union and social-security law, specifically handling employment relations, individual and collective terminations, corporate restructurings, disciplinary proceedings, management relations and the drafting of various types of contracts. She has also taken an active role in negotiations with unions regarding procedures for the reduction of personnel and the transfer of companies, working directly alongside the firm’s partners.

In her dealings with the firm’s major clients throughout Italy, including private companies that operate in multiple sectors, as well as public bodies and authorities, she provides consulting and assistance both in and out of court.

She has co-authored articles on topics of labour law, in particular “Covid-19 … the ‘Chaos’ of Social Buffers”, published on the website of the “Public Policy Observatory for Local Government Bodies” (year 2020).