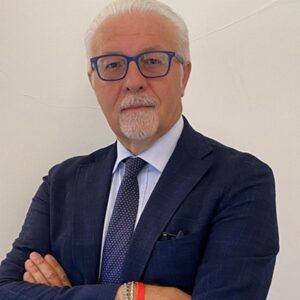 Nicolò Schittone is a partner of the LMCA law firm.

He provides assistance and consulting on labour law and industrial relations, both in and out of court, to medium and large-sized companies, as well as to corporate groups operating throughout Italy (in multiple sectors, including the tool and die, chemical and textile sectors, the tertiary sector, credit and banking). He also serves as legal counsel to a variety of government bodies and authorities that operate throughout Italy, and to enterprises controlled by local and regional governments. He works with the A.N.B.I. (the National Land Preservation and Irrigation Association) and the S.N.E.B.I. (the National Syndicate of Irrigation Authorities) on behalf of land-reclamation consortiums.

He possesses specific experience in managing redundancies (social buffers: ordinary/extraordinary furlough plans, tools of flexibility etc.) and with labour litigation under Art. 28 of Italy’s Workers Statute, as well as with procedures for individual and collective personnel reductions and individual/collective transfers, plus conferrals, mergers, split-offs and purchases of companies and/or company branches. He supports HR departments in managing disciplinary procedures involving personnel of all levels and job profiles, and with the drafting of contracts for freelance and salaried employment, plus contractual affairs in general, including fixed-term employment relations, outsourcing operations and external assignments, in addition to issues of privacy as they relate to employee relations. He also assists executive/management personnel with proceedings held both in and out of court.

He advises and assists companies with the management of pension and social-security issues arising from inspections carried out by the competent authorities (INAIL, INPS, ENPAIA, ENASARCO etc.). He plays an active role in negotiations for contract renewals, including national agreements, providing support to major employers’ associations and serving as a member of employers’ delegations that sign collective bargaining contracts.

He is periodically called on to speak at conventions organised by leading training firms (Ipsoa, Il Sole 24Ore, Alma Laboris etc.) and business associations. He has published commentary and articles on issues related to union and labour-law affairs in specialised reviews. He has worked with the on-line review "Buffetti Consulting”, overseeing the labour-law section. In the past, he has held executive positions (“personnel manager”, “industrial relations manager”, “legal department manager”) in both corporations and industrial associations. For a number of years he has been on the faculty, alongside prestigious legal colleagues, of the business-law master’s program accredited by the National Legal Council and organised for Italy by the ALMA LABORIS School of Advanced Business Studies. He was a co-founder of the law firm Gerardo Vesci & Partners, as well as a partner of the LabLaw law firm.

He earned his law degree from the University of Rome, La Sapienza Campus. He was admitted to the bar, and to practice before the Italian Supreme Court, in 2008. He is a member of the A.G.I., the Italian Labour Law Association, and the A.I.D.P., the Italian Personnel Management Association, for which he acts as a liaison with professional associations. He is a regional contact for the studies centre of the Lazio chapter of the A.I.D.P..